“Nothing great was ever accomplished without enthusiasm” 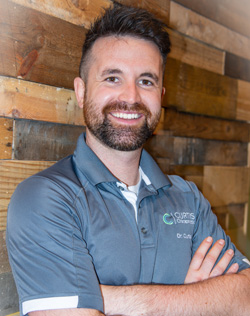 Dr. Curtis enjoys spending time with his close knit family in Napoleon which keeps very busy running a small farm (Curtis Farms). He loves spending time with his wife Samantha and they frequently travel and spend time with family. He enjoys being involved in the game of basketball as a coach during the summer and as a player during the winter. He loves to travel the great state of Michigan keeping his eye out for food trucks and festivals.

Dr. Curtis currently sits as the President of the board of the Chelsea Chamber of commerce, is a board member for the Chelsea DDA, and also sits on the Jackson College Alumni advisory board.

Dr. Curtis is committed to doing whatever it takes to help every patient that enters our office and wants you to know that our patient's best interest is our only concern. 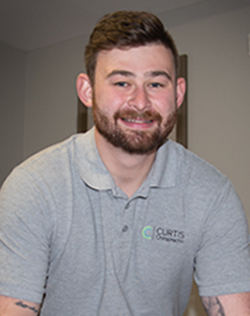 Dr. Lucas Showerman strives to help people reach their true potential by reducing nervous
system interference and promoting proper body biomechanics through chiropractic
adjustments. Improper joint alignment can decrease one's ability to heal, react to stimuli, and
cause altered movement patterns and pain. Dr. Luke is driven to correct those misalignments,
allowing the body to function as it was meant to.

When he's not in the office, Dr. Luke enjoys spending time with his wife and daughter, being outdoors, watching football, and golfing. Dr. Luke is committed to helping people reach their health goals, utilizing different techniques and approaches, ensuring that each care plan is specifically tailored to the individual. 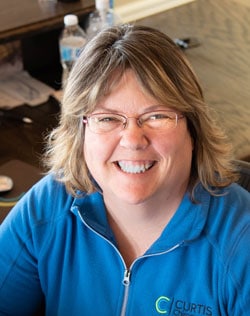 I am Brenda and I began working at Curtis Chiropractic in September of 2017. My husband and I have lived in Chelsea our entire lives and have one son named Steven. I love spending time with family and friends and also love a great camping trip. 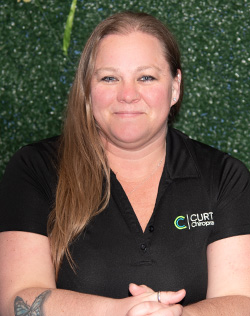 My name is Elizabeth and I graduated from Baker College of Jackson with a degree in Therapeutic Massage Therapy in 2014. I specialize in many types of massage including deep pressure, sports massage, prenatal, Swedish massage, aromatherapy, cupping, and lymphatic drainage. I currently live and farm here in Chelsea with my husband and two kids. 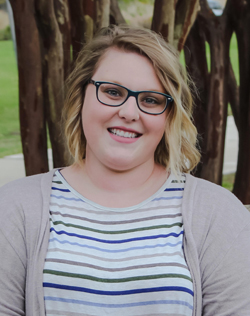 Darcy is a Licensed Massage Therapist who graduated from Irene's Myomassology Institute in Southfield. Darcy's passion for massage therapy and bodywork ignited after she experienced first hand the healing power of touch, when she was diagnosed with thyroid cancer in 2019. While she practices many modalities including deep tissue Swedish massage, aromatherapy, and Reiki, her career goal is to develop as a Certified Craniosacral Therapist. Darcy's healing intent and calm spirit is sure to put you at ease! When she's not doing massage, you can find her cozied up with her two pups, or taking them for a walk to explore the great outdoors! 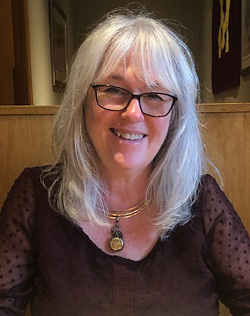 My name is Terri and I retired from full time work the end of June 2022. I have an Associate's Degree in Computer Networking and a background in accounting and medical billing. I love coming to work and supporting my son, Dr. Jonathan Curtis.

I love to spend time with my two sons, Dustin and Dr. Jon, and their families. In my free time I love to work on stained glass projects, and quilts, go camping with family and friends and I especially enjoy motorcycling with my husband Jeff on our Goldwing.